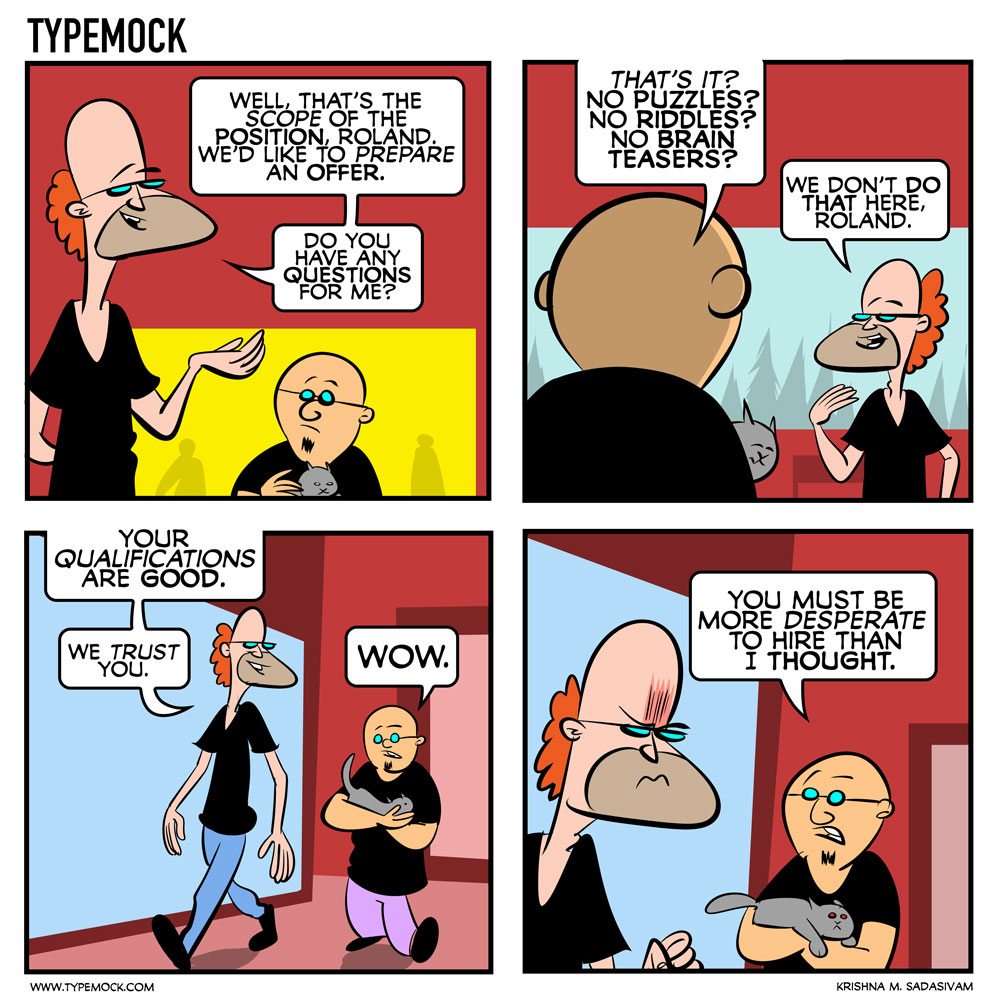 Many programmers feel that puzzles don’t reveal their real capabilities. As a matter of fact, in this Reddit thread programmers discuss how some interviews are becoming  more and more “ridiculous”, and only serve other interests:

I find there are a few different things that can be happening here:

Also, companies are looking for more of a culture fit these days. The era of the stinky programmer that doesn’t get along with anybody is over. I worked at a company that wouldn’t hire people that show up in suits because ‘we want people to be individuals’ (which is bulkshit, what if that individual wanted to wear a damn suit? ?)

According to David Heinemeier Hansson, creator of Ruby on Rails,  he doesn’t hire programmers based on puzzles, API quizzes, match riddles, or other parlor tricks. His experience has taught him that the only reliable gauge for the future programmer is looking at real code they’ve written.

Familiarize yourself with the complete comic series:

Part 5: About Project Managers and Programmers